Why Do You Have To Wear Your Compression Socks Consistently

Compression Socks doesn’t have to be a daily struggle! Yes, they’re snug. They are supposed to be – that’s what makes them medically useful. But that’s also why it can be difficult to put on compression socks, especially over the heel and ankle. Unfortunately, when people get discouraged, they don’t wear them consistently – and the swelling in their lower legs and ankles tends to get worse rather than better. The following tips can help you adopt smarter habits. While you’re lying down in bed in the morning, your legs are the least swollen since gravity hasn’t been pulling blood and fluids down like it does when you’re standing up.

If you’re already up and around, lie back down for a bit before you put on your compression stockings. Don’t roll up compression stockings like regular socks before putting them on. Instead, try turning them inside out, either half-way, or fully. An open-toed stocking may need to be held in place at the bottom while pulling it all the way up. Make sure it’s straight, and the heel is in the right place. And never fold the top edge down. Smooth out wrinkles from bottom to top. Wrinkled and bunched-up compression stockings don’t just look untidy – they can hurt more than help. But don’t tug on your stocking by the top band; that can damage it.

Rather than trying to straighten out a badly wrinkled stocking, it may be easier to pull it off and start over. Take off compression socks by reversing the process. For removing stockings, it’s okay to start by pulling the top band down. Then stroke downward with flat hands as the sock doubles over itself. Finally, pull it over your heel, and then off. Taking the time to learn how to put on your compression socks really will make a difference. Consider it a worthwhile investment in your own health. You can do this! 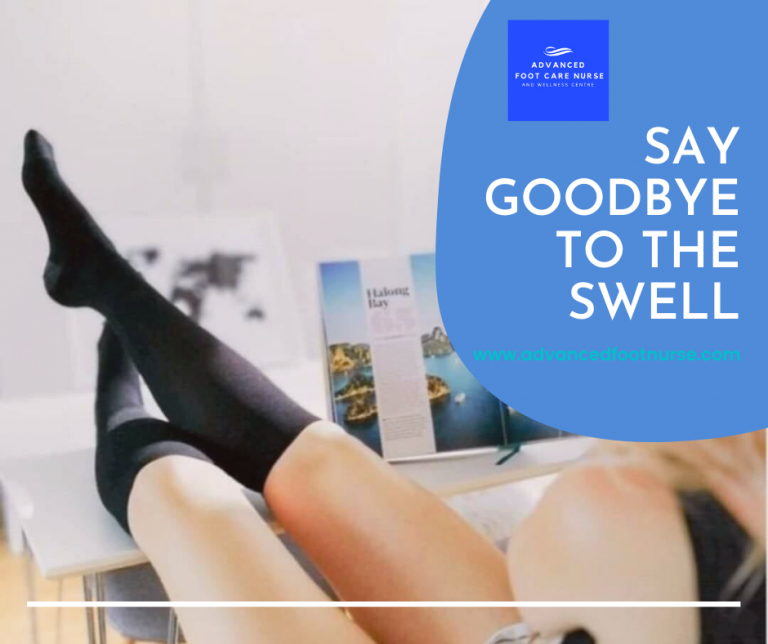 GET IN TOUCH WITH US

Facebook
We use cookies on our website to give you the most relevant experience by remembering your preferences and repeat visits. By clicking “ACCEPT ALL”, you consent to the use of ALL the cookies. However, you may visit "Cookie Settings" to provide a controlled consent.
Cookie SettingsREJECT ALLACCEPT ALL
Manage consent

This website uses cookies to improve your experience while you navigate through the website. Out of these, the cookies that are categorized as necessary are stored on your browser as they are essential for the working of basic functionalities of the website. We also use third-party cookies that help us analyze and understand how you use this website. These cookies will be stored in your browser only with your consent. You also have the option to opt-out of these cookies. But opting out of some of these cookies may affect your browsing experience.
Necessary Always Enabled
Necessary cookies are absolutely essential for the website to function properly. These cookies ensure basic functionalities and security features of the website, anonymously.
Functional
Functional cookies help to perform certain functionalities like sharing the content of the website on social media platforms, collect feedbacks, and other third-party features.
Performance
Performance cookies are used to understand and analyze the key performance indexes of the website which helps in delivering a better user experience for the visitors.
Analytics
Analytical cookies are used to understand how visitors interact with the website. These cookies help provide information on metrics the number of visitors, bounce rate, traffic source, etc.
Advertisement
Advertisement cookies are used to provide visitors with relevant ads and marketing campaigns. These cookies track visitors across websites and collect information to provide customized ads.
Others
Other uncategorized cookies are those that are being analyzed and have not been classified into a category as yet.
SAVE & ACCEPT